I was recently debating, with a friend, about the pervasiveness of technology; my point was that information should be available whenever, wherever, to whomever chooses to call upon it; my friend believes that the internet has a profound negative impact, breeding an obsession with instant gratification and dependency on the virtual world.

Where it began was when I read an older Wired article about a specific type of "body-modding"; I didn't even know there was a group of people who claims body mods as their hobby until today. But it spawned a question: if I was given the opportunity to "upgrade" a body part- say, swap out my eyes for a pair of zoom-capable, infrared cameras, would I and should I?  My answer was yes, I would; why not upgrade my body? Why shouldn't I treat my body as some sort of machine, ready to upgrade? Is my body anything other than a robot controlled by my 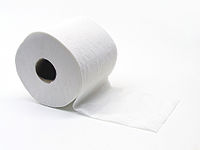 brain? Is it something I should hold holy and sacred, or is it something I'll just be throwing away in 70 years? But, rather than getting too philosophical on this leading note, we then turned to a similar discussion of optical implants that displayed data inside your eye; a kind of mini-projector that would project a computer's display so that it seemed as if the world was one big HUD. "I want information," I said, "and I want to be able to check user reviews on toilet paper at Target instantly."

However, my friend disagreed. She believes that in instantly calling up knowledge, you lose important skills; by not having to put time and dedication into researching topics, and by having, instantly, anything you wanted, you could no longer appreciate your final work. When you have instant gratification on the internet, you begin to expect it everywhere. That it's about the journey, not the final destination; "I'd rather live in a farm in Nicaragua," she noted, "although you'd probably prefer Tokyo."

We left our discussion in an agree-to-disagree state. I believe in efficiency, productivity, minimum effort for maximum effect; she believes in taking your time, enjoying the journey and doing things yourself. They both certainly have their merits; however, I do believe the world is rapidly spinning my way; we'll trade character for progress, for better or for worse.